While rummaging through the papers of the Perls Galleries located at the Archives of American Art in Washington, DC, I stumbled on a June 1967 listing of members of the Paris-based “Comité professionel des galeries d’art” [equivalent of the Art dealers association in New York] 24 years after the liberation of Paris in late August 1944. 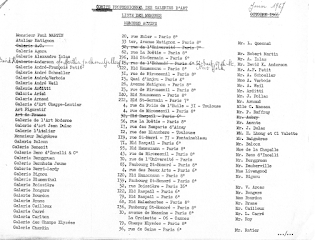 If you take a close look at it, names of victims and recyclers of their confiscated works and objects co-exist in a surreal club of art dealers and gallerists who, like in a Peyton Place-like farce, know of each other’s dirty laundry but continue to do business, because, you know, business first, ethics later, justice? What’s that? 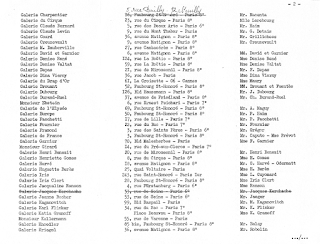 Out of 140 gallerists members of the local dealers' association in June 1967, 34 had been active during the period of German occupation. And here they are still doing business in groovy mid-1960s Paris. Why should that worry us? It all depends on the way you look at the transition from a wartime art market to a postwar art market. On the one hand, it must be somewhat galling to be conducting business amongst individuals who shrugged their shoulders when art works belonging to their Jewish acquaintances or colleagues were offered to them for sale and they did not blink at the opportunity to do so. On the other hand, the cynical ones will tell you that it’s always been like this and you need to suck it up and make your peace with it. Otherwise you won’t last and you might as well pick another occupation. And don’t count on the government to sort out the ethics of this amoral mess. 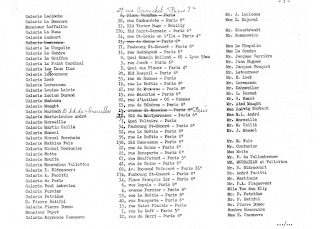 The past two decades since the Washington Conference on Holocaust-era Assets of December 1998 have been littered with vain attempts to create change in the way that the art world conducts its business. Although the changes are hard to discern, one thing is sure: the word “provenance” is unavoidable and unmistakable and so is its evil twin, “due diligence.” That’s progress! 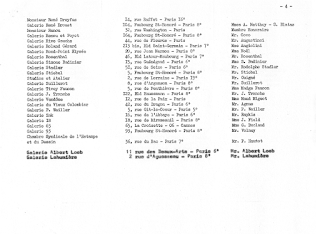